An open letter to Kristin Cavallari 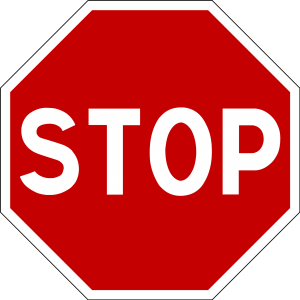 You recently announced that you do not intend to vaccinate your child because you have been listening to the rumors linking vaccination to autism.

I have some words for you:

You are actively contributing to the spread of pseudoscientific bullshit that is threatening to set the country back decades in health outcomes.

Remember measles?  Yeah, we had completely eradicated that bad boy.  And now it’s back, with 16 new cases recently reported in NYC and 175 cases nation-wide in 2013.  The outbreak is commonly believed to be caused by whacakdoodles like yourself who believe that vaccinating your kids will cause autism.

Listen, girl, I am a hardcore conspiracy theorist (don’t even get me started about my thoughts on Big Pharma).  But there is no reason not to vaccinate your kids.  The whole reason parents bought this line of garbage was because of a 1998 research paper that has been thoroughly debunked.  That study was retracted and the author stripped of his medical license for “careless disregard” for the children in his study.

On the other hand, countless academic papers have discredited the notion that vaccines cause autism, as you can see in this comprehensive review of the literature.  But despite this, hippie crunchy parents around the country have completely ignored the evidence and adopted Anti-Vaccination as their own cultish movement.

Your choices would be fine if they were just personal, but they affect more than just your child.  Vaccinations exist because of something called “herd immunity.”  The idea is that by vaccinating everyone– the herd– you are protecting the most vulnerable populations, such as the elderly and infants, whose immune system might not be able to withstand the specific illness.  As a carrier, even if you yourself are  not sick, you endanger the lives of others and not vaccinating your kids has major public health implications.

Oh, Kristin– I loved Singled Out as much as the next girl, but I don’t take medical advice from goddamn Jenny McCarthy.  You’re better than this.  The Cutler babies deserve more.

p.s. Would love to talk to you more about the Laguna Beach Days.  Tweet me @megscarlson