When the GOP is in charge of science 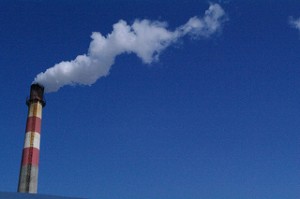 House Rep. Lamar Smith (R-TX) penned an op-ed to the Houston Chronicle Feb. 12 decrying the Environmental Protection Agency’s (EPA) new regulations on power plants, claiming the mandate for carbon capture technology will lead to job loss, decreased revenue, and economic fire and brimstone for Texans.  The letter comes on the heels of a contentious committee hearing on federal intervention in environmental and energy concerns.

Given Smith expressed the average conservative stance– less regulation, smaller government, drill baby drill, etc.— it is hardly surprising, except for one thing: Smith is the chair of the House Committee on Science, Space and Technology.

Yup, the committee charged with ““maintaining our scientific and technical leadership in the world” is led by a politician who poo-poos away environmental reform and receives the majority of his campaign contributions from the oil and gas industry.  Not to mention, a committee that recently hired a former Chevron lobbyist as one of its senior staffers.

The previous week, Smith announced his co-sponsorship of the Secret Science Reform Act, a bill aimed at “[prohibiting] the EPA from proposing regulations based upon science that is not transparent or not reproducible.”   While good on paper, Smith’s actions pose a thinly-veiled attack against the EPA and any federal action to protect the environment.  At the committee hearing Feb. 5, Rep. Eddie Bernice Johnson (D-TX), the senior democrat on the committee, said GOP efforts were a “misguided and disingenuous war on the dedicated scientists and public servants of the EPA.”

And Smith has enthusiastically led the charge in each battle.  Earlier this year in a Washington Post op-ed, he lambasted President Obama for delaying the implementation of the Keystone XL Pipeline and criticized the EPA’s 2012 carbon emission standards for coal plants– despite significant concern that the pipeline and current inefficient plants will greatly increase greenhouse gas emissions.  In December, the committee hosted another hearing giving voice to climate change deniers.  And, more recently, Smith denounced Obama’s proposal for a “Climate Resilience Fund” to research climate change and prepare for weather-related devastation.

I support the Congressman’s ostensible reasoning that we should carefully consider our investments.  But this rhetoric is a ruse to continue our blind descent into inefficient, unclean fuel technologies in order to put money in the hands of big corporations.  We must demand that those charged with preserving scientific integrity are concerned with evidence-based,  scientific interventions– and not obsessed with selling their stamp of approval to the highest bidder. 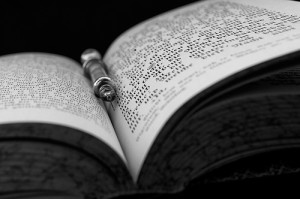 Two weeks ago, a friend mentioned an acquaintance having used heroin recently and I instantly recoiled.

Steeped in long-entrenched stereotypes about drug abusers– junkies who walk the inner-city street, homeless tweakers– I couldn’t imagine anyone young and, to be frank, not poor, doing such a thing.  Heroin was a hard drug; a last resort (note: I’m embarrassed to have had such a naive problematic point of view and have since changed my tune).

But my friend assured me that heroin has become over the past decade a middle class drug.  A week of internet research confirmed: heroin is the young, white suburban recreational drug of choice for some very distinct economic and cultural reasons.  More light has been shed on the issue by the untimely demise of Philip Seymour Hoffman Sunday, suspected of dying from opiate overdose, preceded by the shocking (or not-so-shocking if you’ve been privy to his addiction issues) overdose of Cory Monteith not long before.

The reason for this explosion is decidedly economic:  heroin is cheap.  As cheap as $5-$10 a bag.  Much cheaper than what it was in the ’80s.   The affordability, however, belies another important factor.  People are using heroin as a cheaper alternative to prescription painkillers, like OxyContin or Vicodin.  It is perhaps the only example I will ever use of people truly being “rational actors,” in the economic sense of the phrase.

I’m not going to delve into the cultural and historical factors behind the rise of prescription painkillers– that treatise would implicate the entire medical system in the America.  However, it is important to note that if public health experts want to address the heroin epidemic, the first step is the dangerous rise in prescription drug use in the country.

And it needs to be addressed quickly, because there are some very scary implications in this trend.  While prescription drug abuse is no laughing matter, prescription drugs are carefully dosed and regulated.  When you consume them, there is a pretty clear expectation of what is going to happen, and even the specific risks you incur.  Heroin, for obvious reasons, is a different story.  As a street drug, it is impossible to know the strength of what you are taking, or the ingredients in it.  Recently, there has been a particularly dangerous batch of Fentanyl-tainted heroin bombarding the Mid-Atlantic responsible for scores of deaths.

It makes me uncomfortable to use tragedies as a soapbox for change, but if there is any good to come from Hoffman’s death, hopefully it is the impetus to examine a growing public health concern.

Dylan Farrow: Surviving and speaking out

The courts never filed charges against Allen, not wanting to traumatize a 7-year-old Farrow with the procedures. But as any survivor of sexual assault could tell you, Farrow spent decades suffering from the trauma she experienced as a child. She wrote,

That he got away with what he did to me haunted me as I grew up. I was stricken with guilt that I had allowed him to be near other little girls. I was terrified of being touched by men. I developed an eating disorder. I began cutting myself.

It’s unbelievably brave of Farrow to open up like this, especially decades after the fact.  And her voice sends an important message: sexual abuse is never okay, no matter the perpetrator.

People are appallingly willing to turn a blind eye to the evil and violence of humans, because to do otherwise would make them uncomfortable.  People can’t live with the dissonance of liking a director’s films and simultaneously acknowledging that director is a horrific human being.  So instead, they choose to ignore it or, worse, justify it.  Or, if you’re the Golden Globes, reward it with a lifetime achievement award (what an embarrassment).

As Edmund Burke said, “All that is necessary for the triumph of evil is that good men do nothing.”

Silence tacitly condones the behavior.  It leads to a society where one in five women will raped in her lifetime, yet an estimated 60 percent of cases go unreported and only 3 percent of rapists are convicted.  It’s a society where high school football players can rape a girl on camera, believing they will receive impunity.  A society where women must carefully monitor what they say, what they wear, where they go, what time of day they go out in, and whose company they keep.

Farrow, who eventually changed her name and moved to Florida to avoid the media frenzy, makes the point– that we must speak out against violence to break the chains of injustice– eloquently:

This time, I refuse to fall apart. For so long, Woody Allen’s acceptance silenced me. It felt like a personal rebuke, like the awards and accolades were a way to tell me to shut up and go away. But the survivors of sexual abuse who have reached out to me — to support me and to share their fears of coming forward, of being called a liar, of being told their memories aren’t their memories — have given me a reason to not be silent, if only so others know that they don’t have to be silent either.

I know it’s been awhile since I’ve been regularly blogging, but wanted to let you know I’m still alive and kicking and blogging.

So what’s new with me?

I graduated from Medill in December.

Working in the communications department of a pretty dope nonprofit.

Enjoying a healthy and vigorous social life, as I try to rebuild my Chicago world.

So things are good

Other than that, things are about the same. I hope to begin again regularly blogging. Something I have struggled with since the latest incarnation of this blog is deciding my scope and what content I’d like to focus on. The old Carlson Salon had a pretty specific focus: I wrote on social issues, but only if I had a unique analysis to bring to the table— exploding an unexplored piece of rhetoric, examining the connections between macro and micro issues, etc. I would still love to do that but those posts took a long time to write.

I’m hoping to be a little quicker and snazzier, but haven’t quite figured out what I want the blog to be. So this will be an experiment, I think. If things seem inconsistent for awhile, bear with me while I figure out my A-game.