Common consent: The latest in the HeLa cell saga 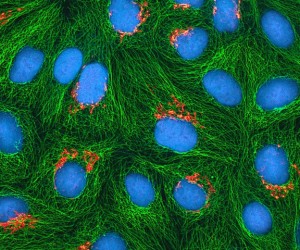 We owe these and countless other scientific innovations to Henrietta Lacks, a poor tobacco farmer from Virginia whose tumor cells were harvested unbeknownst to her while she was a cancer patient at Johns Hopkins University in 1951. This week, for the first time, an NIH committee comprising scientists and members of the Lacks family officially approved scientific use of the cells– fighting decades of non-consensual, unethical appropriation of the cells by the scientific community.

At a time when no scientist had been able to keep human cells alive in culture, Henrietta’s cells, known in the scientific community as “HeLa cells,” could reproduce indefinitely. The miraculous cells— which multiplied at unprecedented rates, reproducing an entire generation every 24 hours— provided a fundamental tool for biology, genetics and medical research, eventually paving the way for treatments for herpes, leukemia, influenza, Parkinson’s and other diseases.

But while Lacks’ cells were being packaged and shipped across the universe (HeLa cells were even sent into space to discover what happened to human cells under zero-gravity), her family remained ignorant of their existence, and, in many ways, misled by a series of doctors and scientists who wanted to use the cells to further research. It was not until 1973 that the family discovered part of Henrietta lived on, only to learn that their mother had been completely dehumanized and lost to the story of “HeLa.”

The Lacks’ 30-year struggle to learn about Henrietta and reclaim their rights to her genetic material is the subject of Rebecca Skloot’s The Immortal Life of Henrietta Lacks. ?The book exposed a series of important ethical issues at play: Should human tissue be used for scientific research? What are the rights of a research subject? What is informed consent (for example, Henrietta had no idea her cells were being harvested for research)? Do you own your own body, or the parts of your body?

The story also raised questions about the greater good. Did the scientific progress made possible by Lacks’ cells justify the duplicity with which their existence was hidden from the Lacks family?

The committee, called the HeLa Genome Data Access Working Group, was the result of intensive negotiations between Francis Collins, director of the NIH, and the Lacks family and is an important step to repair damages to the Lacks family from years of duplicity. In addition to obtaining permission, all future publications that use HeLa data must include the following:

Hopefully, this marks the beginning of a new protocol and trajectory for scientific research– one that is thoughtful of human interest and consequences, mindful to context, and obedient to ethical frameworks for consent.

New blog post today for the Northwestern Global Health Portal. Check it out! 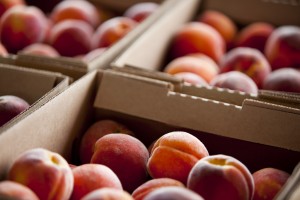 Mayor Rahm Emanuel announced Wednesday that the Whole Foods grocery store chain– known for its organic selection and high quality foods– will be opening a location at 63rd and Halsted St. in Englewood, not exactly a neighborhood known for Lululemon’s and Starbucks. The decision was the result of longstanding negotiations between Chicago and Whole Foods as part of the City’s initiative to eliminate food deserts in the inner-city, according to the Chicago Sun-Times. So far, the reaction is mixed, although mostly positive: Whole Foods, at the very least, promises to bring the option of fresh and healthy foods to an area in which corner stores and McDonald’s far outpace the availability of grocery stores or other healthy choices.
But then there is the elephant in the room, the big question: Will Englewood residents be able to afford it?

DNAinfo Chicago conducted an interesting cost comparison between Whole Foods prices for food staples and the prices of a nearby Aldi.  Big take-away: Whole Foods is expensive (some examples: $2.99 to $.89 for eggs, $3.49 to $1.29 for bread).

With that said, in my opinion (and I’d be glad to hear from anyone who knows more about the situation), it’s not going to hurt. In another neighborhood, Whole Foods could signify real peril– a symbol of gentrification that threatens to out-price and push out longstanding residents. But that is not the case in Englewood. Whole Foods is not putting anything out of business, because practically no other options for fresh or organic foods exist. The chain is not setting up shop there because it sees a growing affluent market, but rather is coming as a product of intensive negotiations with the City.  It is  not the sign of a changing neighborhood, but rather a potential agent of change in the neighborhood that has the highest incidence of diabetes-related mortality, according to the City of Chicago Department of Health & Human Services.

Or, at least, that’s what we can assume Emanuel hopes. Whether or not this will work is another story, but the old “something is better than nothing” adage may apply here.

I’d love to hear more from folks in the comments– I’m no expert on this subject, myself, and am open to others’ interpretations.

Suicide prevention expert Robert Goldney of the University of Adelaide’s Discipline of Psychiatry is urging the public to adopt the term “homicide bomber” in lieu of the misleading and harmful term, “suicide bomber.” He argues that so-called “homicide bombers” rarely have the set of psychological conditions and motivations of a suicidal person, and that the only fact the two share is the perpetrator’s death. “The usual feelings of hopelessness and unbearable psychic pain, along with self-absorption and restriction of options in those who are suicidal, are the antithesis of terrorist acts,” Goldney said in a Newswise report. “Mental disorders also do not appear to be a prominent feature in so-called ‘suicide bombers.’”

Today would have been my cousin’s 30th birthday. He committed suicide three years ago, and despite his mental trauma (he had undergone a severe head injury during a pole vaulting accident in high school, and was never the same afterward), no one could ever say that he was a threat to others. He was a smart, kind and funny person who treated me like a little sister. It would be a disgrace and dishonor to him to categorize him alongside killers.*

In the end, as I have implicitly argued many times in the old blog, words matter. Words matter for meaning, of course– if you think about it, “suicide bomber” is actually a misleading term that belies the specific political intentions of terrorists, no matter how much we might abhor those aims. But words also matter practically. They influence the lives of people: the family members left behind, the people reading the news, the teen who might be influenced by the normalization of the word “suicide.” When a term is related to illness or death, it is extremely important to tread with caution. And that goes for all the times we use mental health terms cavalierly– the girl who acts “bipolar,” the teenager being “retarded.” Words that may be leaves in the wind to one person, are deeply rooted in others’ psyches, and we need to proceed with care and intention when we speak.

*I am not unsympathetic to certain persons’ political motivations for violence. I am not naive to what is causing people around the world to retaliate to inhumane conditions (or the perception of those conditions) physically. With that said, I still in no way agree with or condone that behavior, and am still offended by anyone who would say that suicide and abnegation-of-self as a by-product of political violence are the same thing.